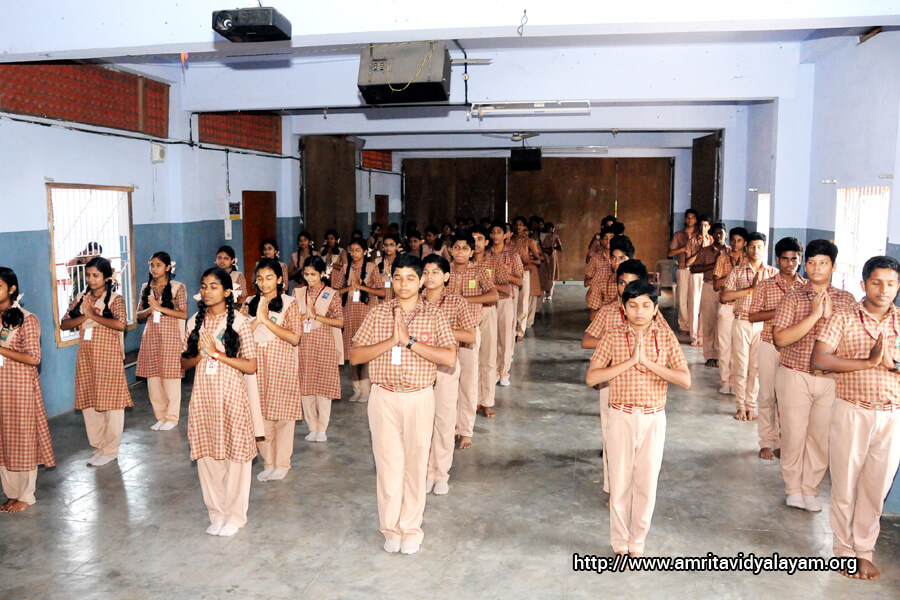 As a part of the curriculum the school has included Yoga, Karate, Kalaripayattu, Dance and Clay modeling classes in the Time-table for the students.

Yoga is a physical, mental, and spiritual practice or discipline that denotes a variety of schools, practices and goals.The origins of Yoga have been speculated to date back to pre-Vedic Indian traditions, but most likely developed around the sixth and fifth centuries BCE, in ancient India’s ascetic circles, which are also credited with the early sramana movements.

Kalaripayattu is an Indian martial art which originated in the state of Kerala. It is considered to be the oldest fighting system in existence.