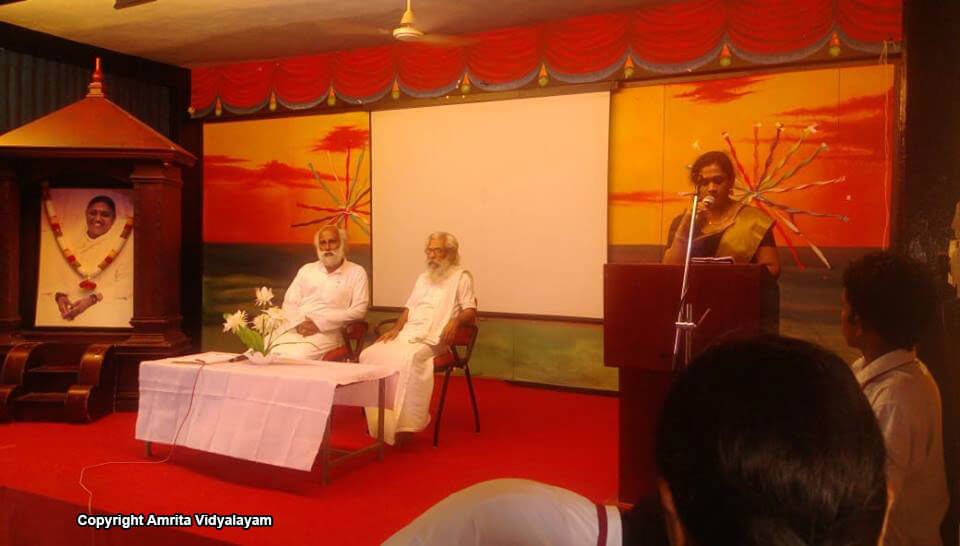 Amrita Vidyalayam Puthiyakavu was blessed with the footsteps of Shri Seetharaman Kethle, Akhila Bharathiya Seva Pramukh and an ardent Praharaj for the last 45 years. He has devoted his life entirely to his motherland, and has been working for its progress ever since he became a pracharak. Apart from this, Kethleji heads an educational institution in Bangalore called ‘Maithri’ which follows the traditional Gurukula system of education. With a student strength of 115, the school gives a twelve year education in the Vedas, the Upanishads and Indian culture.

Kethleji addressed students of classes VIII and IX, speaking to them about the importance of villages as they are the heartbeat of India. He has first-hand experience about rural India as he has walked barefoot through the entire country and understood the essence of the land. He exhorted the students to protect nature and to build a great nation, as the responsibility for a better tomorrow is in their hands.